what is a starchild? 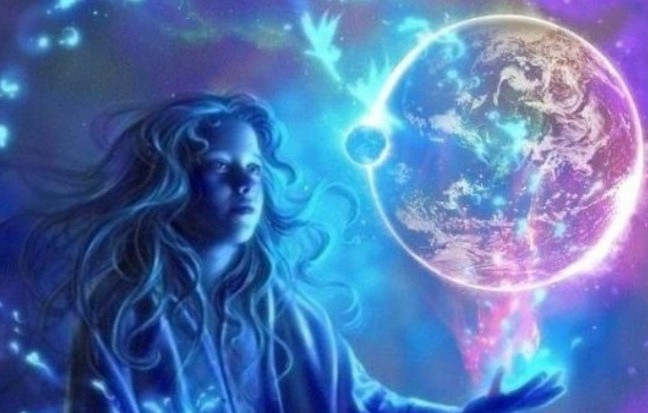 What is a Starchild?

Star children also known as Starseeds, are children who have been sent here from all areas of the Universe to help the earth and the people on it. They possess psychic, spiritual, and other extra sensory abilities. These children will bring peace, topple corrupt systems, and shift dimensional consciousness in the years to come. They have come here on special assignment to assist in this rebirth into a higher dimensional earth.

The purpose of the star child is to assist in ushering humankind into a new existence by raising the human frequency.

Star children are full empathy and compassion for all entities in the world and may have a particular connection with animals, plants, and Mother Nature.

They do not value one form of life over another, as they understand the inter-connection of all things.They intuitively understand when another person is sad or upset and, despite their tender years, always know the right thing to say to ease the sadness of others. They are also loving and affectionate to everyone.

When did star children arrive on earth?

What traits do star children possess? 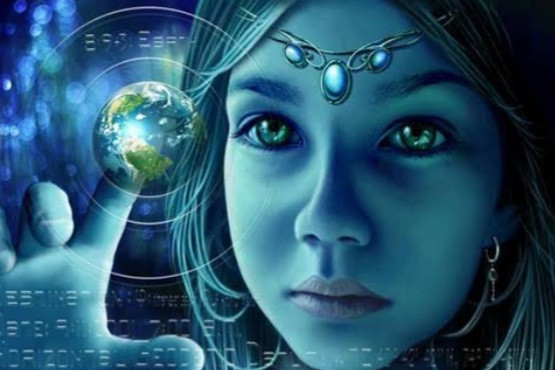 Each generation of star children comes into the world with specific abilities, but they all share some of the same traits and abilities that set them apart from the rest of humankind.

1.) The star child is unusually beautiful with a very distinct eye color ranging from green blue to violet. Their eyes are often described as intense and when they look at a person, they seem to be able to see the person’s very soul. Their all-knowing persona can be intimidating to some people and reassuring to others.

2.) Star children are often very gifted in music, art, science, and other creative fields. Most star children shy away from the spotlight and may hide their talent out of fear of exposure. They are typically loners yet are innovators and with encouragement can bring new ideas, new art forms, music, and even technology into the world.

3.) Most star children recal their past lives. They often talk about their past lives very matter-of-factly as though everyone has such knowledge of their past. They’ve carried past lessons and abilities with them into this world.

4.) A star child is often impatient with the pace of the world around them, waiting for it to catch up to them. They are extremely intelligent but can suffer from emotional immaturity as a child due to the stark contrast between mental and physical development. Once they become an adult, they usually settle into a balanced existence. It’s believed that star children select their families prior to birth having assessed how the family can support their mission

5.) A star child has deep compassion for their fellow human beings in part due to their strong empathic abilities. Star children can sense other people’s emotions so strongly they can often achieve telepathy. While that my sound desirable, you often find star children living in remote and rural areas due to their empathic abilities. For some, solitude is the only way they can achieve and maintain inner balance.

6.) The star child maintains her/his connection to the spirit world, usually cognizant of their time spent there. These inroads established prior to birth allows them to plug in whenever they wish to communicate with spirit guides and others.

7.) A star child has many psychic abilities, but may hide them from other people. If it is part of their mission, they’ll use their abilities openly, otherwise, they’ll rely on their psychic talents to maneuver through life, helping others along the way. Along with their psychic abilities, star children are highly intuitive and trust their instincts more than they trust what they see.

8.) It shouldn’t be surprising that a star child has knowledge that is simply impossible for them to have. They are extremely wise, even when very young. Adults often call them precocious and will refer to them as old souls.

What are Indigo children? 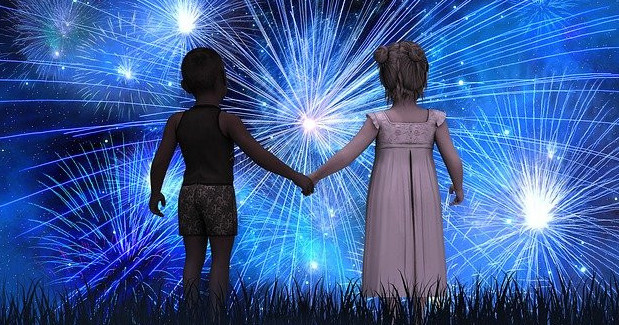 Indigo children, according to a pseudoscientific New Age concept, are children who are believed to possess special, unusual, and sometimes supernatural traits or abilities. The idea is based on concepts developed in the 1970s by Nancy Ann Tappe and further developed by Lee Carroll and Jan Tober .

These “special children” who were first identified in the early 70’s. These individuals are found throughout the world, defying all geographical and cultural barriers. Indigo people can be “categorized” into four different types, based on their traits.

These types of indigo grow up to become doctors, teachers, nurses, lawyers, politicians, businessmen, and salespeople. They work directly with the masses, and they have good verbal skills and exhibit friendly behavior. This makes them very effective communicators in whichever profession they choose. They are avid readers, and these children tend to take part in everything, hence they are jack of all trades.

The indigos who belong to this category usually become architects, astronauts, pilots, scientists and engineers. They tend to get involved in more than one project at once, and they think more from the head, than the heart. They usually have sturdy athletic abilities to balance their sharp intelligence. The indigo children have a tendency to get attracted towards addiction and parents should take care of this at an early stage.

These people exhibit artistic qualities and they are creative in nature. They excel in creating excellent stuff in whatever they choose to endorse. Such children will grow up to become writers, poets, designers, actors, teachers, artists, painters and musicians. These individuals will try a lot of genres to identify the field that suits they best. For instance, indigo artists may pursuit artistic genres such as printmaking, pottery, mixed media, watercolors, sculpture, and graphic arts, before they settle down with something that they are masters at.

The indigo inter-dimensional will usually exhibit an attitude as if they know everything. Even at an early age, the indigo children surprise their parents and teachers by saying things like ‘I already knew this’ or ‘I can do this’ etc. Sometimes, their superior behaviors might be misunderstood but they are actually thinkers who have vast knowledge. They tend to bring up new ways to spiritual practices which may be different from the conventional.

Indigo Children mainly came to Earth after the 1950s, but that star children born after the 1980s are more likely to be Crystal Children.

What differentiates Indigo Children from Crystal Children is the feisty/angry energy that the Indigos possess.

Indigos needed this angry, aggressive energy because they came to change systems, and they need to be able to fight the injustices of previous systems. In contrast, the energy of Crystal Children is more peaceful, soft, and gentle.

People who can see auras stated that Crystal Children have a light, opalescent aura, different from the aura of Indigos or regular children.

What are Crystal children? 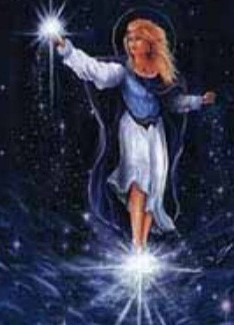 Nikki Pattillo, a former clinical microbiologist and molecular biologist who now works with psychic children, noted that the main purpose of Crystal children “is to take us to the next level in our evolution and reveal to us our inner and higher power. They function as a group consciousness rather than as individuals, and they live by the Law of One or global oneness. They are also advocates for love and peace on this planet” and “are mostly born into the Gold Ray of Incarnation and Evolution, which means they have access to gifts of clairvoyance and healing.”

The second wave of celestial beings, “The Crystal Children” began to be born from the late 1980,s.They have a very soft and light energy, as they have paid off most of their karma. They might still have a few lessons to learn, but the main purpose they are here is that they need to help other souls evolve and to help this vibrational shift of the planet to happen. Their parents would of been Indigos.

As a little child, it became very obvious that you were different from other kids.

Maybe you were quieter, more sensitive, or more empathic than other kids your age, or maybe you have a very high intelligence quotient or an unusual talent, but as a Crystal Child, you don’t exactly fit into the crowd. If you truly are a Crystal Child, chances are that even your teachers from school noticed that you were different.

They have a deep need for peace and harmony, for knowledge, and for deep, meaningful relationships.Therefore, they have an inner knowing of how the truth feels and how a lie feels. Therefore, they are very hard to lie to.

What are the Rainbow children?

Rainbow Children are the third generation of Star Children, unique people thought to have been sent by God as a gift to the world

The rainbow children are new types of kids on this world and they will enable the world to the next ascension of the human kind. They are generally the children of Crystal parents.

What are the common traits of a rainbow child?

If you have ever come across special rainbow kids, you will be surprised by their loving nature and their ability to forgive things and people. This is something you do not normally see in other children of the same age. Furthermore, the rainbow children are also capable of forgiving in the unconditional manner.

Rainbow children are blessed with a strong sense of determination. Behind their sweet and innocent facial features, they have a strong willed nature capable of handling all sorts of challenges of difficulties that might arise on their path.

Telepathy has always been related to as being extra terrestrials, and the rainbow children are known to show signs of telepathy. They also have a strong sixth sense and they are able to predict or tell things even before they actually happen. As a result of their telepathic abilities, it often takes them some time before they are able to speak, sometimes 2-3 years. 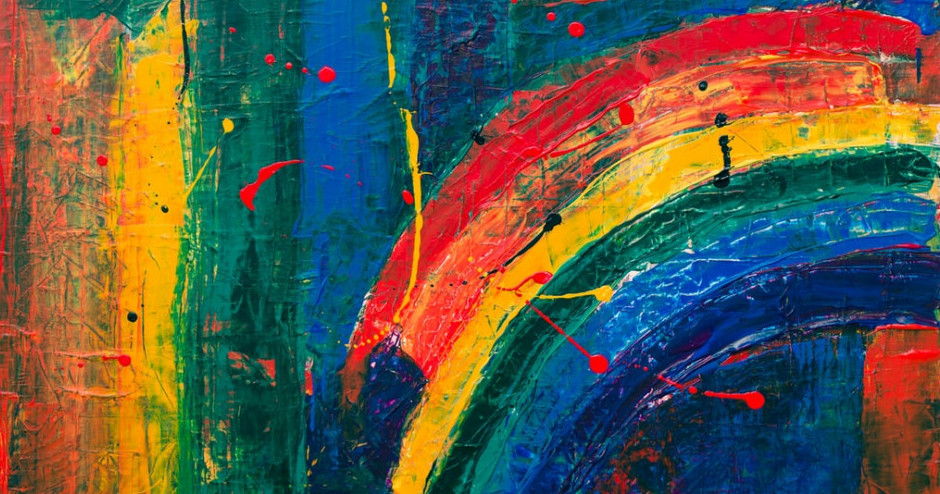 Another very common trait that you will notice in the rainbow children is that they have high amounts of energy, plus they are strongly enthusiastic throughout the day. If you study these children closely, you will know that they are more in sync with the spiritual world, and their mind floats in a world of their own. It has been often observed that these types of children also experience astral projection.

These kids are often blessed with big and soulful eyes that will penetrate your soul when they are looking at you. Another important, yet common trait of the rainbow children is that they are very trustworthy.

No generation is as spiritual and compassionate as the Rainbow generation, whose sensitivity and giving personality can transform the human race into something better than it’s ever been.

How do I know if Im a Star Child?

If you display many of the traits discussed above, then it is possible that you are a star child. Look out for my next article where i will reveal a quiz for you to take to find out if you really are one of the star children.

15% off first order for all new subscribers.

You have successfully subscribed to the newsletter

There was an error while trying to send your request. Please try again.